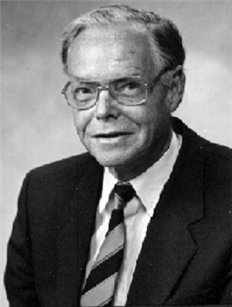 Modified Transformer, many other ideas and theories.

Harold Aspden PhD.(Cantab), B.Sc., F.I.E.E., F.I.Mech.E., M.Inst P., F.I.C.P.A., C.,Eng., C.Phys. Sen.Wh.Sc., is considered by many as a brilliant theoretical physicist, electrical engineer and inventor from Southampton, England. His career in patents resulted in his being I.B.M.'s Director of European Patents for many years. His work clearly explains why the Michelson-Morley experiment and Einstein's theory of relativity were most assuredly not the so-called "death-knell" of Aether theory, but rather, have been misrepresented as such.

Requiring a small printing company every time Harold signed his name! Harold Aspden has a website dedicated to his memory The Harold Aspden Web Site

There is a massive amount of information that Harold left us. What is truely intriguing and just can not be ignored, is the fact that Harold used the exact same ideas as many others have used. I call them Partnered Output Coils.

Harold Aspden wrote many Books and Papers, leaving behind a wealth of information! Perhaps the Scientific Community were so scared of Harold, thats why they did not want to accept his papers? We owe a debt of gratitude to Harold's Wife for keeping this work alive!

These are science essays on the energy theme which features throughout these Web pages, whether directed at cosmological issues or technological topics. The intention is that, apart from a few Essays in the initial stages, the Essays will have more content of interest to the academic community and so will tend to be addressed to a more technical audience, one familiar with following an argument presented in mathematical terms. The Lectures to be added henceforth will aim at the more general audience, but the subjects addressed will always concern ENERGY and the AETHER SCIENCE on which the important phenomena and processes discussed most assuredly depend. Inevitably, I shall need to direct criticism at some scientific beliefs which dominate certain disciplines in science. Where those beliefs stand in the way of developing new energy technology there is no time to be lost. We must sweep such obstruction out of the way. I cannot do it alone, but what I can do is to describe what I see in the rotting foundations which underpin some aspects of thermodynamics and electrical science.

These are ten Energy Science Reports by Dr. Harold Aspden, as published between 1994 and 1997. They were, until June 2003, available for purchase but are no longer in print for that purpose. The full version of the reports, which are listed and referenced (see links below) and described by the abstracts in the bibliographic section of this website, are now also of record on this website and may be inspected by using the link included in the relevant abstract.

Some have done some research and work into Harold Aspden: