We are all familiar with the Atom, its been the corner stone of Science for the last nearly 100 years! Here is a basic 2d interpretation of a Copper Atom, depicting the makeup of the Particles: 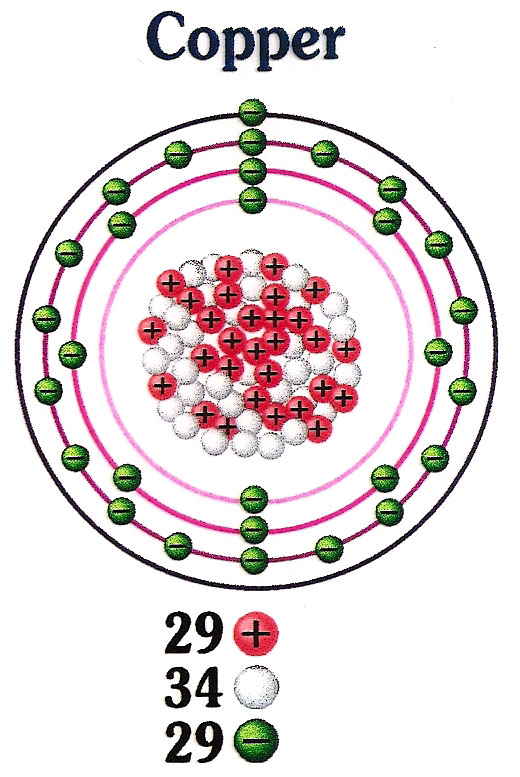 Please take a moment to digest all the charged Particles in a single Copper Atom!


As you can see, there are: 29 Protons, 34 Neutrons and 29 Electrons. Where many billions of Atoms make up small pieces of Matter.

Electrons, when put under the influence of an External Magnetic Field can change their state, and as a result, the Energy Level can change, this is the Zeeman Effect. The Orbitales of the Electron can change, depending on the Energy Level. I think an example of Pulsed Electron Paramagnetic Resonance would be fitting at this point.

Pulsed electron paramagnetic resonance (EPR) is a electron paramagnetic resonance technique that involves the alignment of the net magnetization vector of the electron spins in a constant magnetic field. This alignment is perturbed by applying a short oscillating field, usually a microwave pulse. One can then measure the emitted microwave signal which is created by the sample magnetization. Fourier transformation of the microwave signal yields an EPR spectrum in the frequency domain. With a vast variety of pulse sequences it is possible to gain extensive knowledge on structural and dynamical properties of paramagnetic compounds. Pulsed EPR techniques such as electron spin echo envelope modulation (ESEEM) or pulsed electron nuclear double resonance (ENDOR) can reveal the interactions of the electron spin with its surrounding nuclear spins.

Forgetting about all the nitty gritty here for a minute, lets look at the basic process! What's going on here?

Much like a Spinning top, as if gets knocked out of alignment, if there is enough momentum, then the Spinning top will try to realign itself.

This is exactly how Electromagnetic Induction Works, exactly!

Energy Begets Energy, everywhere we see an Energy Flow, this Energy Flow begets more Energy. Energy is invoked by Energy, not created, or destroyed, but transformed, from one state to another. An Electron can Decay into two Neutrinos, Neutrino and Anti Neutrino, and a Photon is emitted. This is called Beta Decay. But, if a Neutrino and Anti Neutrino collide, then an Electron can sometimes be created. This is what we see as Electrons Popping in and out of existence. Noting that Neutrinos are categorised into different types in their own right anyway: electron neutrinos (νe), muon neutrinos (νμ), and tau neutrinos (ντ),

Natures "Perpetual" forever-ness, the simple fact that an Atom is Billions of years old and not ever self destructed, or stopped, in its busy activities, of Electrons Orbiting, forever, the Nucleus pulsating, particles revolving about their own axes, forever, is an example of this continual Energy Flow, Energy exchange. Energy Begets Energy!

And so, a simple piece of Insulated Copper Wire has more energy in it than we could ever imagine! Sir Richard Feynman said:

"The energy in a single cubic metre of empty space is enough to boil all the oceans of the world."

Please note: This article is a work in progress and could change at any time.